Taking a tour of Emmerdale Village

Posted on 23 September, 2018 by jlynnstapleton

This past summer I had the good fortune to be able to visit the Emmerdale Village and Studio Experience tours.

To back up just a bit, I’ve been a fan of the nearly 46 year old UK soap for six years. I started episodes in 2012 – leading up to the 40th Anniversary Week of episodes in October (16th October 1972 the show started, then called “Emmerdale Farm”). That year, Emmerdale did their first (and only so far) broadcast live 47+ min episode – an episode which contained 2 births, 2 weddings and a death. For those not familiar with the soap, there are, in general, six half-hour episodes per week – Monday to Friday with a second episode on Thursdays.

You’ve got your usual soap tropes going on, wheelings, dealings, and all sorts. The Woolpack pub is the hub of village life – folks coming in for a pint and a natter. Other gathering spots are David’s Shop (a little convenience store/olive bar), the Cafe, and The Grange B&B.

As with many small villages, it’s a close knit community – with all the good and bad trappings that comes with it; everyone seems to know everyone else’s business and keeping shtump about secrets never really works out well, for anyone. Families grow up, move away, some come back, for generations onwards.

The largest family – multi-generaltional – within the dales at present are the Dingles, going from Faith Dingle, Lisa Dingle & Zak Dingle being at the upper level, then Chas, Cain, Charity, Marlon, Sam and Belle being of the next generation (cousins, second cousins, and siblings), Aaron, Debbie, Ryan, Noah, Moses, April, Leo, Kyle, Isaac and Samson in the next, and the great grandchildren of Zak Dingle are Sarah and Jack Sugden (Debbie’s kids). And that’s not including the step-children and the in-laws. 🙂 Really, you need a complex diagram to keep track of everyone.

Other main families in recent years have been the Sugdens, Bartons, Thomas’s, Kings, and until recently Whites, and various other smaller family groups. My personal favourites are the Dingles (well, some of them much more than others), Vanessa Woodfield, Tracy Shankley, Moira Dingle, Rhona Goskirk, Megan Macey, and Harriett Finch. To find out more about the show’s characters check out the Fan Wiki.

I’ve seen a lot over the past six years with many more to come! Knowing that there were tours of both the Emmerdale Village and the Emmerdale Studio Experience, I kept watch of when they were going to be running for when I had my summer vacation. The Village tours are only done on weekends, due to it being an active filming area during the week. Occasionally on there are some weekends when they’re shooting something big, they will take extra time, and so tours don’t happen then. As they generally shoot six to eight weeks ahead of the shows airing, the tour company has to wait for the schedules from ITV before they can book the tours. To avoid the post being too long, I’m going to split the Village tour and the Studio Experience tour into two posts.

I kept checking the website for availability, and fortunately (for me), the Village tour was available to do on my birthday (it being on a weekend). The Studio Experience tour I could do on a weekday, so I booked that one for the next day. While the Studio Experience tour is done in Leeds, the Emmerdale Village is on the Harewood estate (a bit over 8 miles north of Leeds), since 1996 (previously Esholt), on 300 acres of land purchased for building the village and the buildings were constructed (mostly of timber frame & stone covering) in 18 weeks.

While it rained heavy in the morning, by about noon it had stopped and by the time the tour started at 3, it was clearing off and we had a mix of sun and cloud. Which was great for us, but the poor tour guides (ours was lead by Kim – not Tate 😅) were still drying out from the morning’s tour.

The tours do not include exteriors of Home Farm (located off-site), Butler’s Farm run by Moira Dingle (off-site; the farm – Brookland Farm – is an actual working farm leased by ITV for days required for filming exteriors). The Sharma’s home and Eric Pollard’s home are on private property owned by the Mayor of Harewood, and the Dingle family homestead is also on private property leased by ITV. The rest of the village exteriors, are part of the tour. The Tour starts at the Sharma & Sharma factory, then a walk down through the Village. All the flowers and shrubbery are grown on site in a greenhouse, and planted as per season – and as they film six weeks out, they are in bloom for air dates, rather than filming time. 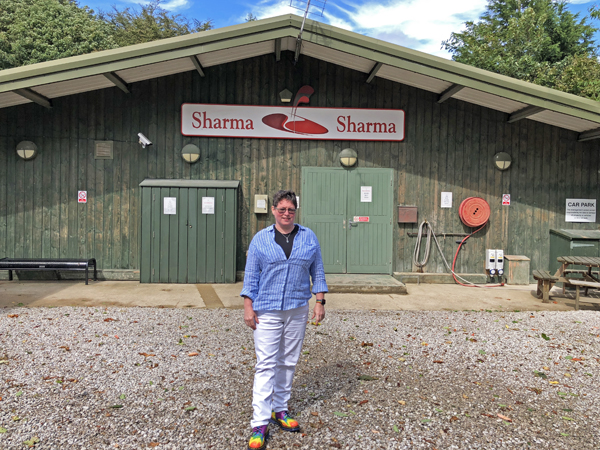 Me outside the Sharma & Sharma factory.

Smithy Cottage (Rhona’s home) & the vet’s surgery had the doors open for the tour guests to look inside (but not actually go inside). Many of the building’s interiors are actually storage spaces for props, lighting, actors and extras green-rooms, bathrooms, etc.. There are a few buildings that are used for film interiors but most interiors are done at ITV Studios in Leeds. The church was also available for tour guests to go inside and look around. 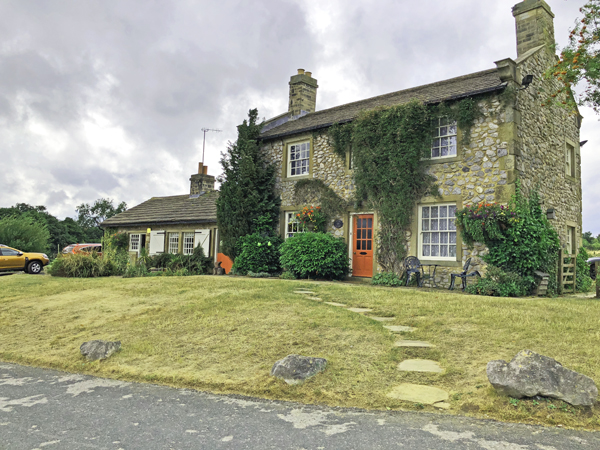 Out and about the noteable businesses in the Village: 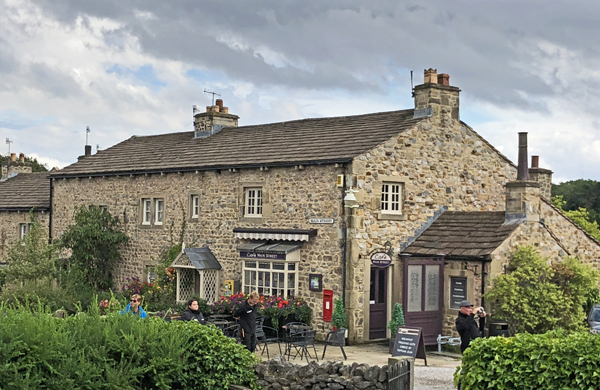 The Cafe and Brenda’s home.

Me outside the Woolpack

Inside the vestry at St. Mary’s Church, Emmerdale 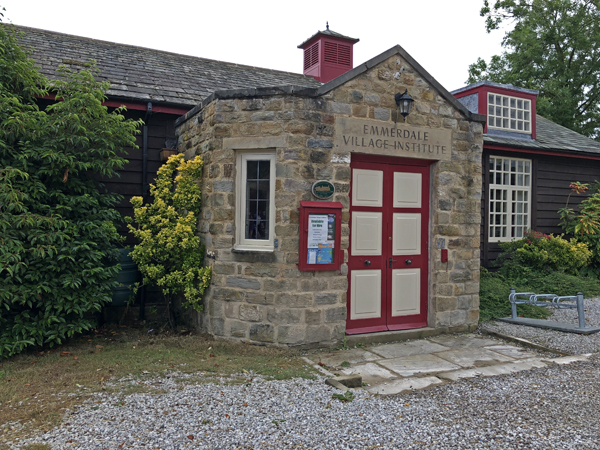 Fun fact about the village hall – in 2015 during Debbie Dingle’s wedding to Pete Barton, the filming took extra time, due to the fact that the hall was purposely destroyed three times with the helicopter crash and resulting explosions, and it had to be rebuilt each time, so filming was done in stages.

Resident homes in the Village 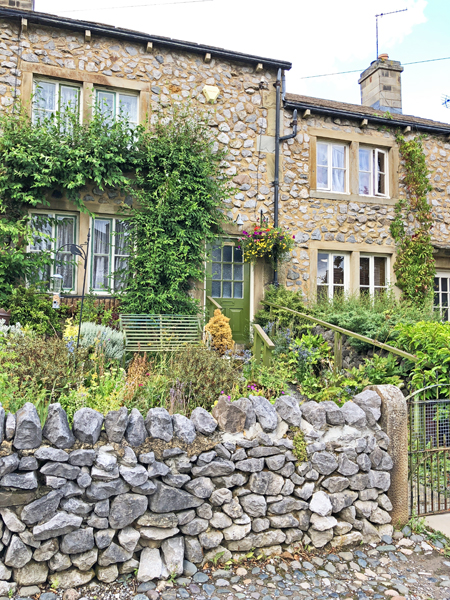 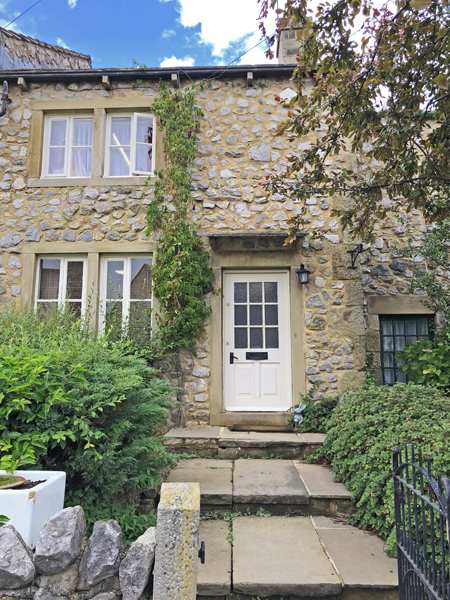 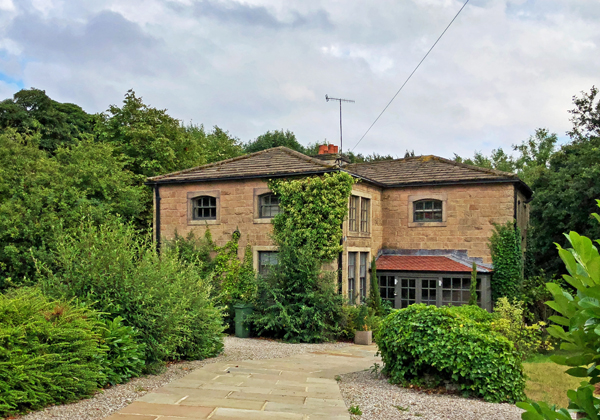 Sometimes the tour company – Continuum Attractions – are excluded from some areas depending on if it’s potentially story spoiler related – such as the graveyard. If there’s a character that’s due to be killed off, they’ll often prohibit access to the graveyard for a certain time. Fortunately, at the time of our tour, we were able to go through (along the path) the graveyard to view some of the gravestones and the like. FYI – Emma Barton’s is a small cross near the back – and no one goes down there. 😀

Fun fact: Some former Emmerdale crew when they’re finished with the show, choose to have a gravestone marker in the Emmerdale graveyard as a marker of their time working on Emmerdale, so occasionally one might see a non-character marker in the graveyard. 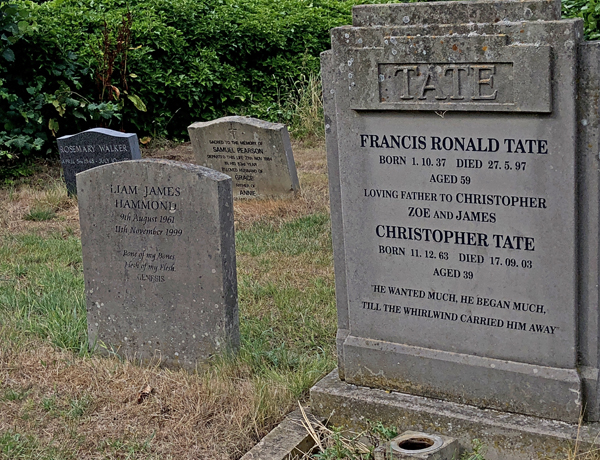 Other bits & bobs noted around the village. Unfortunately due to health & safety, we couldn’t actually go on the playground equipment. Sad face. 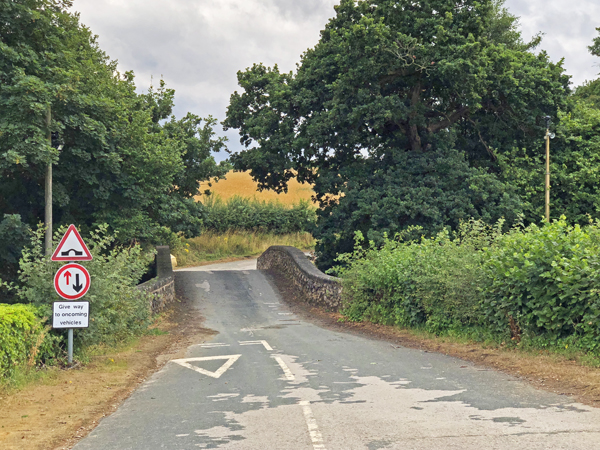 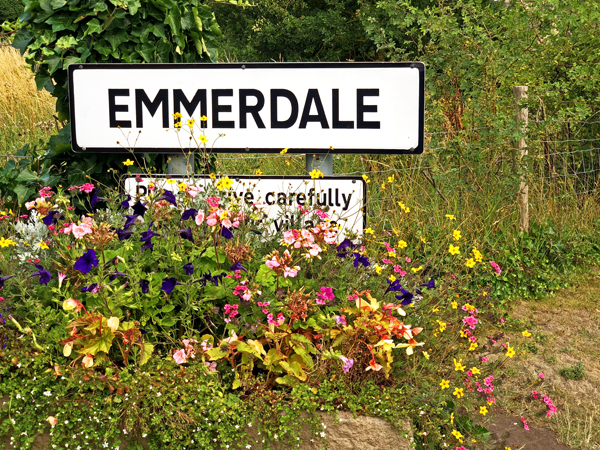 The sign into Emmerdale. The lower one reads: Please drive carefully through our village – however, the extensive flower growth covers up the lower sign.

The drive out Hotten road which connects Emmerdale to the dales beyond.

Get a glimpse into the Emmerdale Village set

See you soon for the tour of the Emmerdale Studio Experience – where I play at pulling a pint in the Woolpack pub. 🙂

I'm a Licensed Practical Nurse, photographer and writer. My focus in photography has been primarily landscapes, particularly water based images, both in colour and black and white. I love to travel when I can and sometimes find some unique treasures to photograph. I also enjoy writing these blogs and doing interviews when I can. I'm the oldest of three siblings. I grew up in St. John's, Newfoundland [Canada]. I came out as a lesbian when I was twenty-one, and fortunately I've had a supportive family, and friends.
View all posts by jlynnstapleton →
This entry was posted in Commentary, Entertainment, Photographs, Television and tagged Emmerdale, Emmerdale Village Tour, fandom, Fictional Villages, Photography, television, UK Soaps. Bookmark the permalink.